We are now in a period of low pressure systems coming over one after another – just like spring or autumn and very untypical of summer. So we have showers, wind and occasional sun. The only positive is I don’t have to go round watering the garden. On the other hand, the weeds especially are growing like mad, not to mention the lettuce (see below).

So we are still harvesting, the broad beans are just about over, a few pods left. I’ve started cutting them down and this year I’m going to experiment with leaving some stumps to see if they will sprout and flower, which apparently works sometimes. The broad beans in the picture below were podded and then the outer cases taken off and used in two dishes – a sort of risotto dish with chicken and rice, and in a kind of stew with chicken – both very nice

The dwarf and climbing french beans are still producing, and the runners are in full production. The mangetout peas are coming to an end – wish I’d planted some more now.

The courgettes are staring to produce the usual surfeit problem, I picked two large ones the other night but we’ve only managed to dispose of one (almost) in an omelette. A couple of  the cucumbers are now just about ready to be harvested so we’ll see how they are in a salad.

Broccoli is in full production, in fact some has already flowered,  but the guinea pig seems to like them so they aren’t wasted. Also, we had some of the spinach beet leaves the other night – they tasted fine. We need to try some of the curly kale soon…

Of course the usual problem with butterflies has appeared – checking under the leaves there are eggs and tiny caterpillars already (see below).

The tomatoes in the green house are in full production now (olive type) and the aubergine plant has one aubergine growing now plus other flowers. The peppers aren’t even flowering yet, so I don’t hold out much hope for them producing much.

The harvesting of blackcurrants has started, and is about half-way through but weather has rather interrupted that process. Even so we have several pounds – enough to make coulis at least. 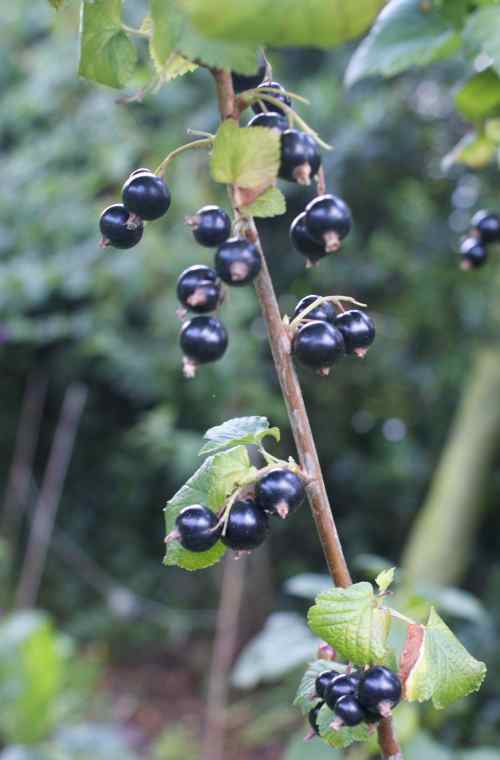 Elsewhere the buddleia is in full flower. We have 4 bushes, white, dark purple and the ‘normal’ purple type. They are of course the place to see butterflies, but as a sign of the decline I have only seen two or three species this year. Mostly cabbage white, and almost all the rest peacocks with one other brown and yellow type that I haven’t identified yet. Not a single tortoiseshell or red admiral, both of which have been frequent visitors on previous years.

Picture to be added…..

We also saw the amazing sight of ‘our’ hedgehog in the middle of the lawn during the day last week pushing the squirrel trap bodily around in order to get at the peanuts underneath it – it must really like peanuts. It’s going to be difficult to know where to put the trap to avoid getting the hedgehog if it is going to be that keen to get at peanuts.

Meanwhile, I’ve had to cut hedges at the front and lawn at the back – and still hedge at the back in real need of cutting, it’s just finding the time.

This entry was posted in Beans, Brassicas, Greenhouse, tomatoes, wildlife. Bookmark the permalink.