Weather Variable but Plants is Growin’

Yes we still have showers and sun but it is good for the garden. Some parts of UK to the east of us have had almost drought conditions whereas we’ve had the odd shower at least which has just about kept things going without too much use of the hosepipe.

I now have 15 tomato plants growing happily, 9 outside (3 by kitchen, 6 in growbags alongside the greenhouse and 6 in the greenhouse – probably a bit excessive and we’ll no doubt have a tomato glut later on – I foresee chutney… Several of the early plantings are in flower now.

The remaining cucumber plant is now out in the garden alongside the courgette plants, which seem to be coming along ok – one of the courgettes is in flower already. I’ve just one more pepper to pu into a container in the greenhouse plus a load of tomato seedlings to give away!

Tomatoes in the Greenhouse

The potatoes are all in full foliage now, both those  in the sacks and in the ground with some plants in flower now.

We will be eating fresh broad beans this weekend from the first row, and there may even be a few mangetout peas. The climbing beans are almost up to my height now but won’t be in flower for a while yet I don’t think.

There are enough salad leaves outside to keep us going and I have a couple of trays with salad seedlings, including some lettuce, in the greenhouse. Some of the radishes look to be ready as well.

The currant bushes have plenty of berries – ecept for the red currants – I took a picture of some of them thinking – they’ll be nice in a couple of days – but the birds got there first! So the picture is the only evidence. 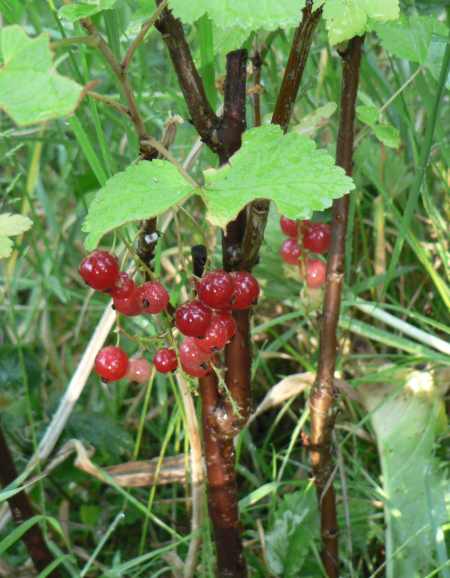 The Redcurrants we enver ate!

Meanwhile I spotted one of the blackbirds ‘basking’ in the sun on the lawn the other day – see pic below. Also, the mouse (or another one) has reappeared gathering food from below the birds seed feeder. More worrying a rather bold rat has been doing the same thing recently in broad daylight, which is a bit unusual they are usually a bit more circumspect. The blackbirds may be building another nest and the goldfinches are going through nyjer seed at a rate of knots. It is noticeable that there are fewer house sparrows around this year, which tallies with the general trend of their decline in the UK – I’ve only seen 3 or 4 together at most, whereas a few years ago it would have been a dozen.. 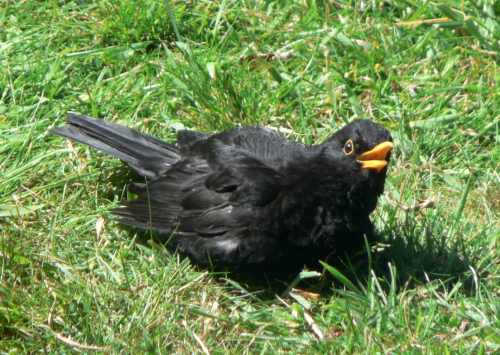 A blackbird basking in the sun

This entry was posted in Beans, Greenhouse, Progress, tomatoes, wildlife. Bookmark the permalink.