The Last Bed Is In 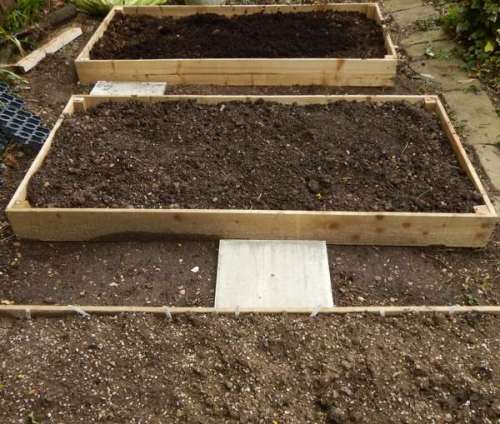 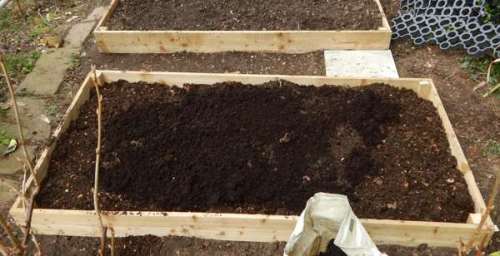 Yes, at last the last, and eleventh, raised bed is now in place and filled. This one I’ve filled with a mixture of compost from one of the compost bins, which seems to have a high soil content anyway, plus the contents of four grow bags from last season. Not sure what I’m going to grow in it yet – and I really need a plan for all of them written down, I’m just carrying vague thoughts of what is going where in my head at the moment.

The other aspect of getting all the beds in is to redo the ‘garden map’ and to number the beds in some logical way.

The other big task now, is to get the paths around and between the 6 beds on the ‘new side of the central path sorted out – which is going to be quite a bit of work I think.

Of course, getting the bed in place isn’t the only work that I’ve done, although not much else  outside in the garden, there have been developments in the greenhouse.

I’ve also got four varieties of potato ‘chitting’, some are saved from last year (‘maya gold’ & ‘rooster’ – they are both well on) plus some ‘maris piper’ & ‘charlotte’, which I bought today, so they will be a week or two before being ready for planting. I finished potting on the marigolds the other day, so that’s two trays full.

I noticed today that some rocket seedlings have appeared in the bed in front of the kitchen, no sign of any coriander yet though.

Things are beginning to look very spring like in the garden, lots of leaves appearing on the blackcurrant bushes and on the gooseberry bushes. 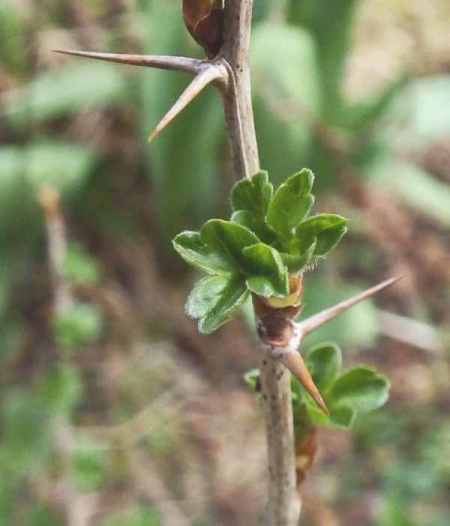 The fruit trees are also getting close to having open buds as well. 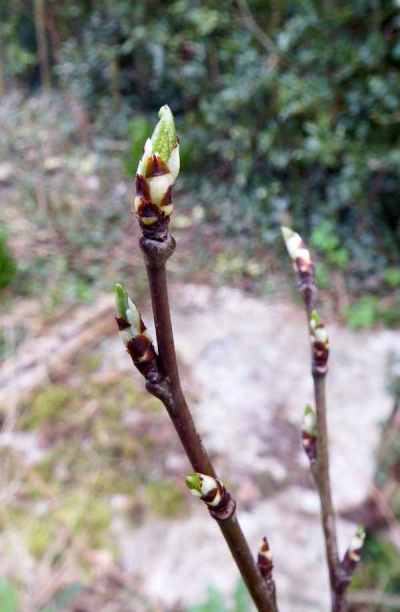 Spring flowers have been making a show in the ‘wild’ part of the garden. 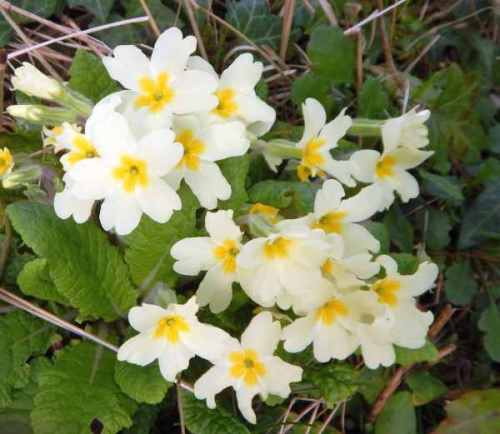